Radon is produced when uranium found in soil rock, rock or water decays. It can be found in the soil all over Canada! The Radon gas naturally rises up beneath us and goes up into our atmosphere. It can get into any type of building and build up in your home. Breathing in Radon Gas for extended periods of time can potentially be hazardous to you and your family.

What you need to know about Radon

Radon is a colorless, odourless, radioactive gas that is found naturally in the environment.

Radon in living areas is measured in Becquerel's per cubic meter (Bq/m3). In 2006, Health Canada changed the acceptable standard annual radon concentration from 800 Bq/m3. Health Canada estimates that some parts of Canada have over 20 percent above the recommended levels.

Levels of Radon can differ from home to home it all depends on the construction and location.

Water from some deep wells may contain dissolved radon. This can lead to exposure by either drinking the water or inhaling the radon that has been released when that water is agitated (e.g. showering, washing clothes or cooking). While drinking water contains radon has not been shown to be harmful to health, the additional radon released into the air in water vapour may increase the inhalation hazard.

Radon in your home

How Radon gets in your home

Radon that is released outdoors is diluted in the air and is not a threat. However, in enclosed spaces, like basements, it can accumulate to high levels.

Radon gas enters into the building through cracks in foundation walls and floors, or gaps around pipes and cables. Radon levels are generally highest in basements and crawl spaces because these areas are nearest to the source and are usually poorly ventilated. 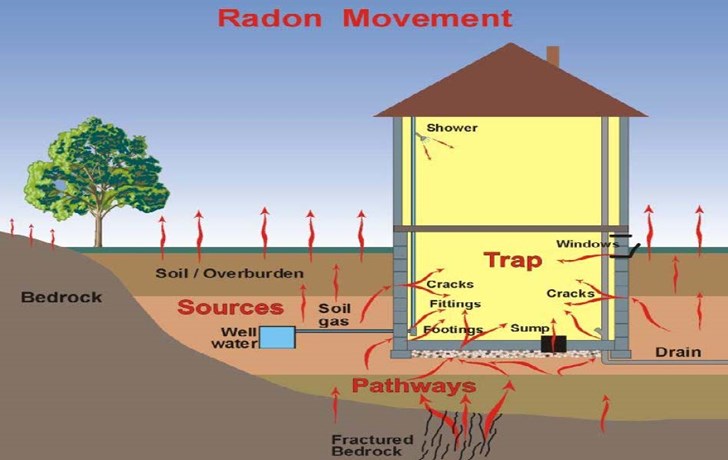 That Elliot Lake area has proven to have higher levels of uranium in the soil resulting in higher amounts of radon gas accumulation in homes? Building requirements are in effect under the Ontario Building Code to control soil gas emissions such as Radon Gas for these residents.

The maps below are to show that radon levels can be found in home all across the district and not only restricted to Elliot Lake or high uranium rich soiled areas. It is important to understand that all homes will have different radon levels, the only way to know is by testing. 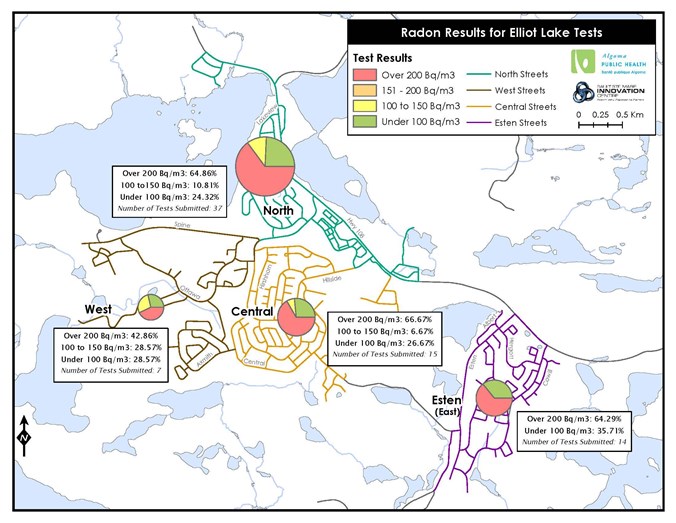 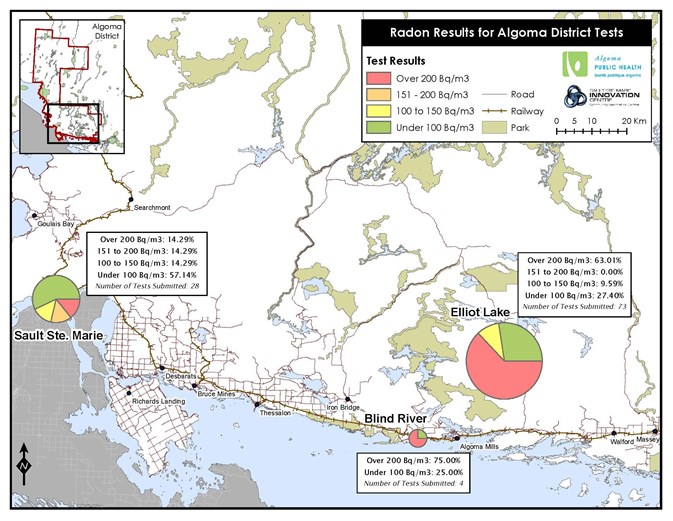 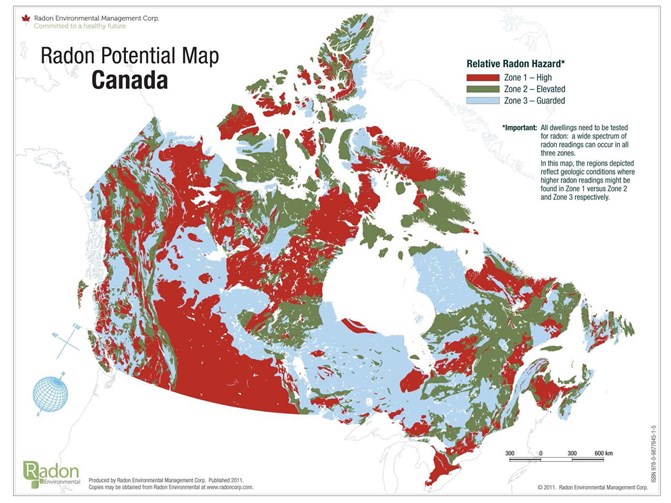 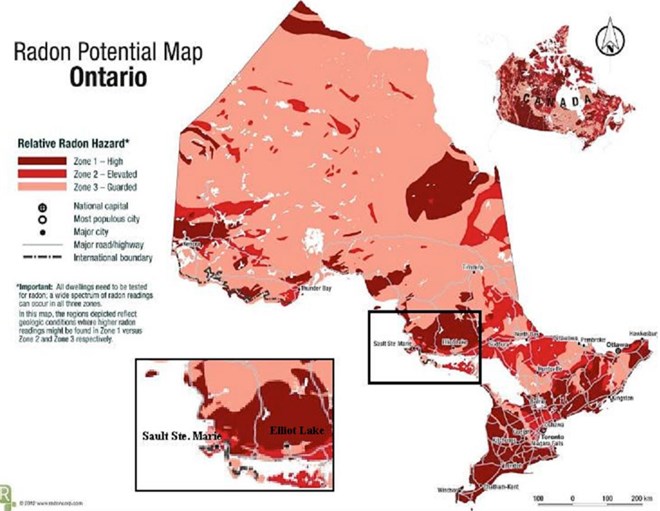 What you can do

What you can do about Radon

The only way you will know how much Radon there is in your home is to test! Long term test kits and Short term test kits are available at your local hardware store. There are also professional companies in Ontario that can use specialized equipment to measure radon levels in your home.

Testing should be conducted in the winter months when flow of air is at its lowest.

If you have high levels in your home

Algoma Public Health encourages communities to report results. All results are anonymously recorded, we do not ask for your exact address or name. Reporting test results will help our researchers identify just how much Radon Gas our community is being exposed too. Contact Algoma Public Health today for more information on Radon Gas and how you can protect you and your family.